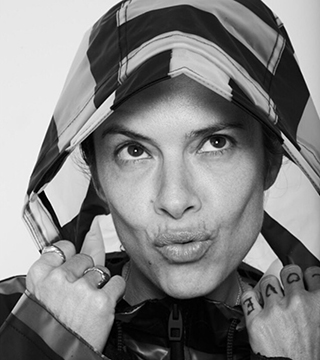 Luce was born in Rome and she was only twenty years old when she moved to London to join the Tony & Guy Academy.
After five years of training and working with them, she started to define her style in hairstyling, which is still imprinted in her work.
Later she moved back to Rome, where she followed her ardent passion for hair and opened a very artistic and unusual place, similar to a salon.
During the following 8 years and through her rising interest for Art and Photography, Luce approached to the Fashion world and her creative talent began to be requested for numerous photo shootings.
A talent wrote “ Luce believes that beauty cannot be defined by regular standards, but rather it originates in the eye of the beholder. Her inspiration lies within. She seeks challenges in the fast-paced world, and being a hairstylist gives her the tools to create endless, peculiar beauty.” Luce finally had the opportunity to express herself and decided to move again to a Fashion teaching city: Milan. She joined the Green Apple talents team where she is still creating and working.