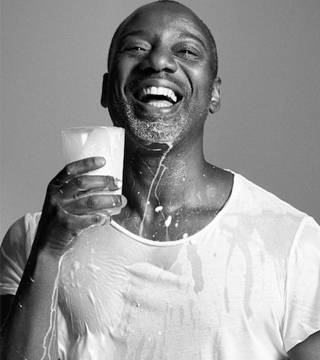 Nicholas was born in London, England. He was trained by Vidal Sasson hair stylists. After the training and after working in the Covent Garden, he moved to Milan to embark on his session career in the late ’80s. He enjoys working efficiently with the hair, creating different textures and graceful movements. He has headed numerous fashion shows including, Sisley, D squared, Byblos, Iceberg, Jean Paul Gaultier (menswear), and Gucci. After being based in Milan for 8 years he moved back to London and then onto New York where he has worked with many international photographers and stylists. Nicholas has gained a great deal of experience working on both commercial and editorial shoots for international magazines including, I-D, Vogue (Italian, British, German, Spanish), Velvet, Marie Claire, and Elle. He currently divides his time between London and Milan.