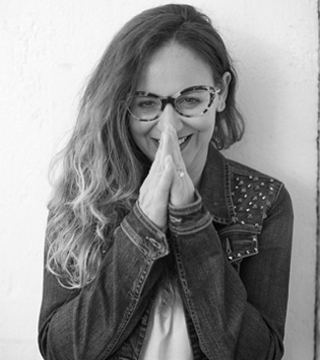 Born and raised in a cosmetic and body care world, Mikaela began her career in the 90s as a new talented makeup artist in Florence, Rome, Milan. Since then, she dedicated herself to the fashion industry, cinema, TV, and video clips (music is her big passion too). She worked with several celebrities such as Sean Penn, Eve Salvail, Irene Grandi, Franco Battiato, Michelle Hicks, Stella Tennant just to name a few. Her 20 years of experience around the world allowed her a growing up “know-how” in this sector, but Mikaela goes on researching because she loves challenges. In ’99, Mikaela joined the Green Apple Agency, and she is currently based in Milan. Mikaela has worked for the most important fashion events like Milan, Paris and London fashion week. She was the Key makeup artist for Felder&Felder, Kristian Aadnevick, and PPQ in LFW. In Milan and Paris, she was part of the makeup team for designers like Fendi, Chanel, Marni, Jil Sander, GFF, Anteprima, Etro and many more. Since 2013, Mikaela has been the Global Creative Director, Product development, and Color Designer of the makeup brand Lord & Berry.