Discover what happens behind our scenes 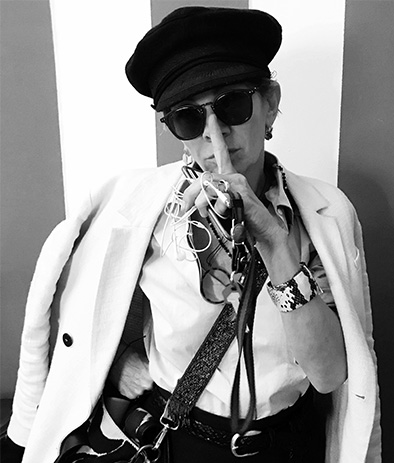 Pina Gandolfi, who has been collaborating with Green Apple Italia for several years, specializes in creative research and image setting of various Italian and international newspapers. During his career he has collaborated with the most important international photographers and art directors in the fashion and cosmetics sector, from design to creation, to layout, sharing the responsibility for the strategic choices of newspapers and related editorial policies.

Upon entering the world of fashion in the 1980s, Pina Gandolfi worked for Amica, Lei, Vogue Bambini, Donna as an editor of fashion services and editorial covers. From 1990 to 1992 she was creative director of the Barbara Falanga Agency where she held the role of design manager, photographic production, graphics and image and communication strategy for both national and international clients. From ’93 to ’96 he continued his activity for the magazines Donna, Mondo Uomo and Donna & Bambini to land in Anna (who later became ‘A’) until 2011, as head of fashion projects, participating in national fashion weeks and international. Later and until 2014 she held the role of fashion director in Condè Nast, for the monthly Myself and from 2015 she was contributing editor for Condé Nast Italia for the creation of designer services, fashion specials in Italy and abroad on Vanity Fair .